Students´s Opinion: Why are The Beatles so famous?

Did you enjoy the workshop? Why / Why not?
(add comments in the blog. Click in comments) 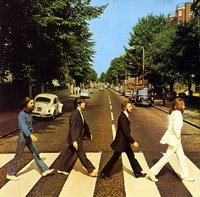 Hello! I think The Beatles are very famous because their music was and is very popular in all over the world. I'm not a big fan of them but I think that everybody have to listen to their music!
I enjoyed the workshop and I think that it's a good idea to do it three or four times a year because it's a good way to practise English.

Hello! I think The Beatles are very famous because their music was new in that moment, and they were be excelentes musicians. Beatles are my favourite group and I enjoy very much the workjob.

In my opinion , the Beatles are very famousfirstly because they meant a revolution of the pop music. Their rock or pop, as you want to say it, was very good. However, some songs were only guitar and voice, though all the teenagers of that time listened to them.
Personally speaking, the workshop was perfect, all was perfect though the part we sang "All we need is love" was really bad: the window glasses almost crashes!!!

We think The Beatles are famous because they revolutioned the teenagers with their style and music. They invented the rock that made them crazy. As far as we are concerned, We enjoy that music because it`s romantic and funny.
The workshop was spectacular because the integration was good for us and we had the possibility to speak English.